Jay Fleming discovered his passion of photography upon inheriting his father’s film Nikon n90s, at the age of fourteen. Jay immediately developed an affinity to looking at life through the lens of his camera and what ensued was an exciting photographic journey that would eventually lead him to his career as professional photographer.

Jay considers himself to be extremely fortunate to have found a livelihood that both satisfies his creativity and simultaneously supports his beliefs in ecological conservation.

Jay spent the summers of 2011 and 2012 in Yellowstone National Park working to preserve the park’s dwindling population of native Cutthroat trout. During this time, he was able to explore his surroundings and capture some of the iconic beauty of the Wyoming landscape and wildlife—however, what was most memorable to him was the fact that some of those very photographs directly contributed to the conservation efforts being made. Jay’s photographs of these threatened Cutthroat Trout appeared in a publication by National Geographic that was designed to inform the public of the increasing threat of invasive species on native ones.

Currently, a little closer to home, Jay has turned his attention towards the Chesapeake Bay and the industry that is directly dependent upon it—the seafood industry. Jay has spent the past two years actively documenting all aspects of this fascinating and diminishing way of life.

From underwater shots of oyster divers, to crabs shedding their shells, to incredibly poignant portraits of workers in a crab picking house, to watermen in their deadrise boats leaving the dock before sunrise, Jay hopes to illustrate the full spectrum of the seafood industry in his first book, “Working the Water.” Expected to be published in 2015, Jay hopes that his documentation will demonstrate the different ways that people make a living off of the Bay as well as portray an accurate representation of the various Chesapeake Bay cultures. 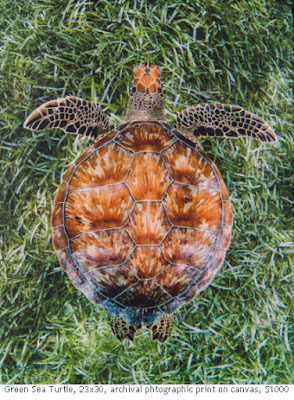 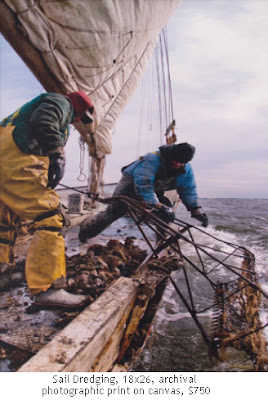 Please click on images to enlarge and see the details.
Art goes on sale at 6:00 p.m. Friday, October 20, 2017.
Please email Alice if you're interested.